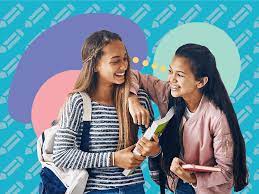 Researchers have long known that the quality of an adult's romantic life is closely tied to both physical and mental health in adolescence. A new longitudinal study sought to identify the factors in adolescence that best predicted who would and would not have a satisfying romantic life in their late 20s. The study found that the skills teens learn in friendships with peers of the same gender were the strongest predictors of later romantic satisfaction.

"In spite of the emphasis teens put on adolescent romantic relationships, they turn out not to be the most important predictor of future romantic success," says Joseph P. Allen, professor of psychology at the University of Virginia, who led the study. "Instead, it's the skills learned in friendships with peers of the same gender--skills such as stability, assertiveness, intimacy, and social competence--that correspond most closely to the skills needed for success in adult romantic relationships."

Researchers interviewed and observed 165 adolescents from ages 13 to 30; the youth lived in suburban and urban areas in the southeastern United States and the group was racially, ethnically, and socioeconomically diverse. The study assessed teens' reports of the quality of their social and romantic relationships, as well as reports by close friends. Each year across a three-year period when the youth were in their late 20s, researchers also interviewed participants about how satisfied they were with romantic life.

The study found that progress in key social developmental tasks in adolescence predicted future romantic competence at ages 27 to 30, even though the adolescent tasks were in nonromantic areas. For example:

At age 13, adolescents' abilities to establish positive expectations of relationships with their peers and to be appropriately assertive with peers were the best predictors of future romantic satisfaction.

At ages 15 and 16, social competence--that is, teens' ability to establish close friendships and to manage a broad array of relationships with peers--was the best predictor.

And from ages 16 to 18, teens' ability to establish and maintain close, stable friendships was the best predictor of satisfaction romantically.

These factors were more closely associated than anything related to romantic behavior in adolescence, such as how much teens dated, whether they were involved physically in romantic relationships, their sexual behavior, and their physical attractiveness, according to the study. The researchers note that their study did not establish causal processes.

"Romantic relationships in adolescence are much more likely to be fleeting, and as such, they don't appear to be the main way teens learn skills needed for the future," suggests Rachel K. Narr, a doctoral student at the University of Virginia, who coauthored the study.

Email ThisBlogThis!Share to TwitterShare to FacebookShare to Pinterest
Labels: Psychology

The Part of the Brain That Stops Anxiety and How to Use It. 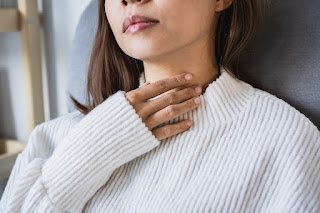